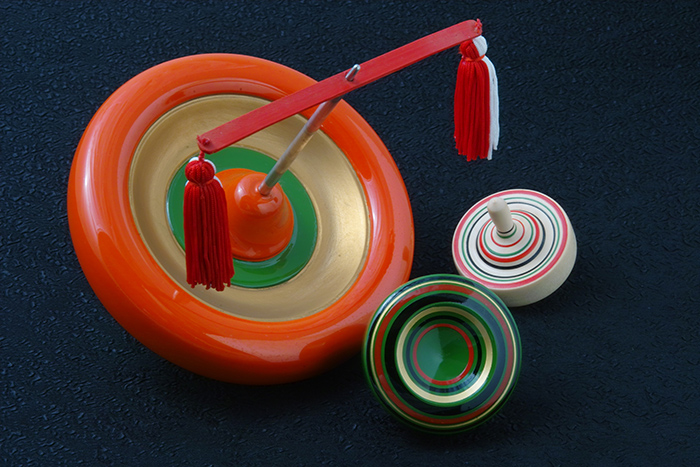 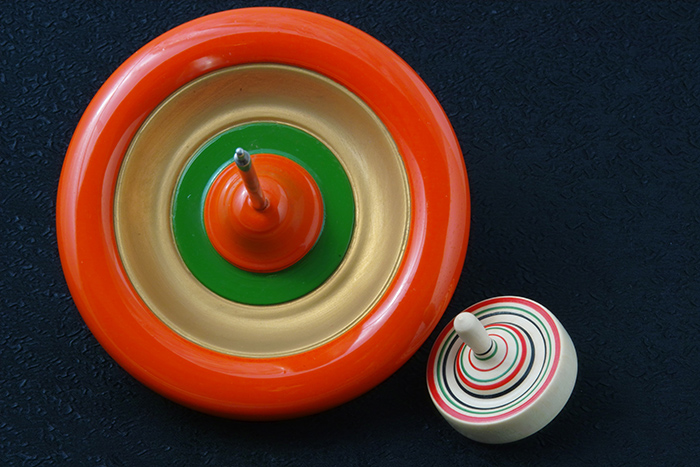 The history of spinning tops in Japan dates back around 1,300 years ago, when children's spinning tops made from bamboo arrived from China. Hakata koma are said to be Japan's first ever spinning tops and were conceived the latter half of the 17th century. They are characterized by a metal stem in the form of an iron core driven into a wooden body. This stem enables the spinning top to maintain a good balance while rotating and to spin with little vibration. This lead to greatly increased potential in the use of spinning tops while also giving rise to a culture of acrobatic performances based on spinning tops.